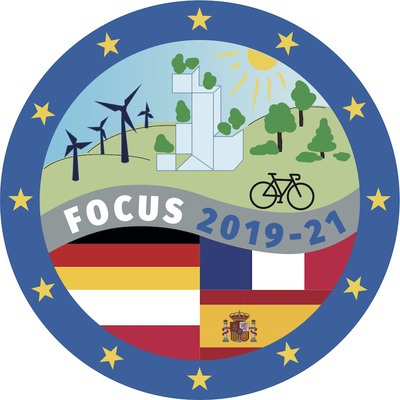 Our partnership entitled "Future of Cities and Urban Spaces - FOCUS", a cooperation between four secondary schools from Champagné (France), Santiago de Compostela, Warsaw and Bad Nenndorf (Germany), seeks to analyze different challenges European cities - and eventually the whole continent - have to face in the 21st century and explore strategies to address them. The issues we intend to study include for example land consumption due to growing demand by residents and businesses and the ever larger amounts of waste towns have to take care of and the traffic problems caused by the growing number of residents and commuters. All these questions are inextricably linked to the two major challenges of Western societies as they influence carbon dioxide emissions and have to be answered at a time when the well established processes of political decision making are increasingly coming under threat.