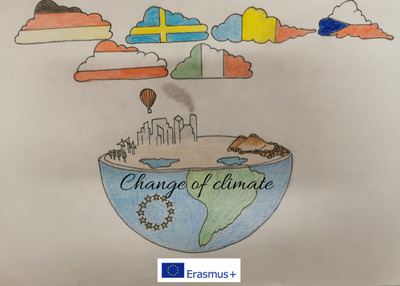 The latest scientific data show that the Earth's globe is warming, the climate is changing, and extreme weather phenomena are increasingly common: floods, drought, rising global average temperatures, rising sea levels and lowering the ice sheet - all are signs of climate change. The main cause of climate change is the increase of greenhouse gas emissions. To combat this, reducing emissions has become a priority for all states of the world. In Europe, there is already an increase in the level and intensity of rainfall, heat waves with increasing frequency and duration and the drought phenomenon in southern Europe. At the same time, in central and northern Europe, rainfall increases can be observed, leading to intense flooding on the watercourses and in the coastal area. Extreme weather events are increasingly linked to climate change. The earlier we prepare for climate change adaptation, the less it will cost us.