Let's discover how discoveries were discovered. Scientific discoveries that changed our world. 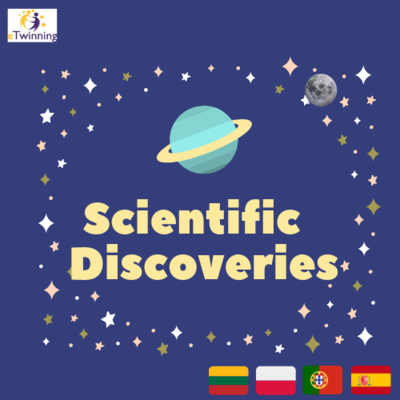 This project is intended to make students aware of the importance of some scientific discoveries and their impact in their current lives. They will research on some European scientists’ lives, how and why they reached some important conclusions and also they will situate the discoveries in a specific historical and cultural context (music, literature, art, etc) The final task will be a magazine which might include comics, videos, demonstrations and historical timelines. it is suitable for CLIL courses. The main project activity consists of each school proposing the research on some discoveries, either from their own country or from any other European country which might be included in the curriculum. One or two will be selected and teams will be organised. Each team will be in charge of different questions: • research on the scientist’s life and article writing in a storytelling style. •