Recording songs from distance: Songs from here and there 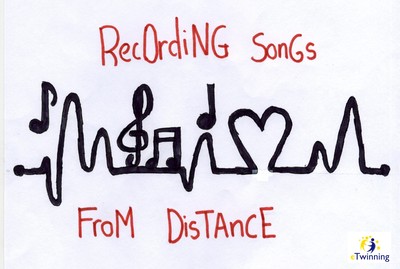 The following project aims to be an extension and improvement of the "Recording songs from distance" project, carried out two years year, and which obtained a national and European quality label. The goal is to make a recording of various songs shared between the schools. One center contributes with the instrumental and another center contributes singing voices. Once the tracks of each song have been recorded, we will share and mix them. And then, we intend to make a video of each song where our previous work can be seen. One of the improvements that we plan will be introduce a previous work in mixed teams from different countries in which they will address three different aspects: 1. Understanding the song, translating it into all the native languages ​​and English. 2. The historical context in which the song was written. 3. The harmonic and rhythmic structure of the theme. Once this initial part is approached, we will begin to rehearse and generate our audiovisual product.