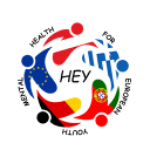 Over the last few years, there has been a noticeable increase in the number of reports on psychological diseases among European students. Conditions such as anxiety or depression may cause difficulties among the affected students meeting their requirements. It has an impact not only on one’s self-confidence but also on the students’ performance. In many cases, they show poor performances in school and find themselves exposed to social problems more often. An increasing number of psychological diseases among students concerns almost every European school and therefore poses a serious problem for European societies. This transnational Erasmus+ project called “Mental Health for European Youth” addresses this issue. The participating schools in Homburg (Germany), Linz (Austria), Veroia (Greece) and Mafra (Portugal) have set themselves the task to prevent psychological problems among students by developing strategies strengthening psychological stability actively.